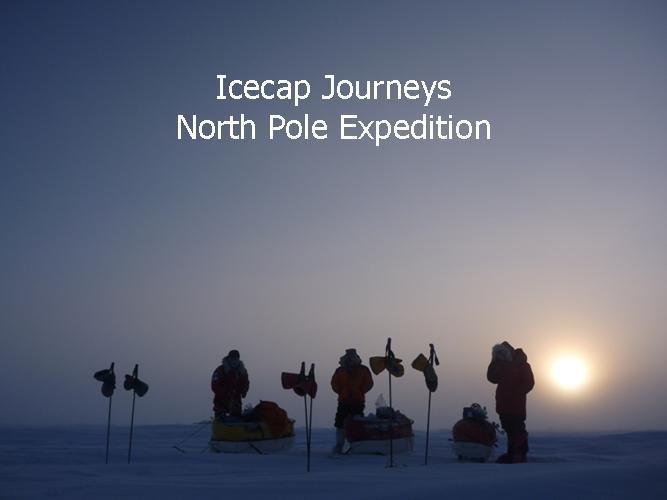 Two months on the ice – 30 mins in video

Linda Beilharz: champion of the poles

The first Aussie woman to reach the North and South poles on foot reveals her brush with danger.

AS LINDA BEILHARZ TREKKED wearily towards the North Pole in a blinding snowstorm, she wondered if achieving her goal was going to be an anti-climax. She was about to become the first Australian woman to reach both the South and North poles on foot.

But would the Australian Geographic Society-sponsored adventurer even see the little patch of ice marking the end of her courageous quest? “I was thinking, I wonder if we’re going to get there and it’s all just going to be white, and it’s also going to be foggy, and I’m going to take a photograph of white on white, in white,” the 50-year-old adventurer laughs.

The place in the Arctic signalling she had arrived at the North Pole is, Linda says, unremarkable. It’s “just one spot in the middle of the ice, it’s a little bit of an arbitrary spot”.

The thought of the moment being shrouded in a total whiteout was too disappointing to contemplate, after 55 days trekking 780 km from the northern-most tip of Canada, Ward Hunt Island. But then Mother Nature put on one of her best shows. “It actually turned out to be beautiful,” Linda said. “The sun came out, we could see it, it did look magical.”

MS BEILHARZ AND HER HUSBAND, Rob Rigato, 58, and their 23-year-old Canadian guide, Sarah McNair-Landry, were exhausted. They had slept only about five hours in the last three days of their trek, after stepping up their efforts to get to their destination or risk missing their flight out of a Russian ice station.

Linda lost 10 kg during the ordeal, so that little spot brought a sense of relief and elation. “It was a combination of being so exhausted and so elated at the same time,” Linda said, after arriving back in Australia in early May.

To reach their goal, Linda, from Bendigo in country Victoria, and her companions battled blizzards, ice shifts and rafted across open water, all the while hauling sleds weighing up to 80 kg. “I’m very relieved that that trip’s over in a way, very relieved I don’t have to keep pulling that sled,” she said.

Although she’s proud of becoming the first woman to have reached both poles by foot, Linda said it wasn’t her motivation. “It’s not the reason I’ve done it, that’s for sure. But it certainly is pretty special to think that there haven’t been that many and it is a bit pioneering…I’m pretty proud that’s happened.” 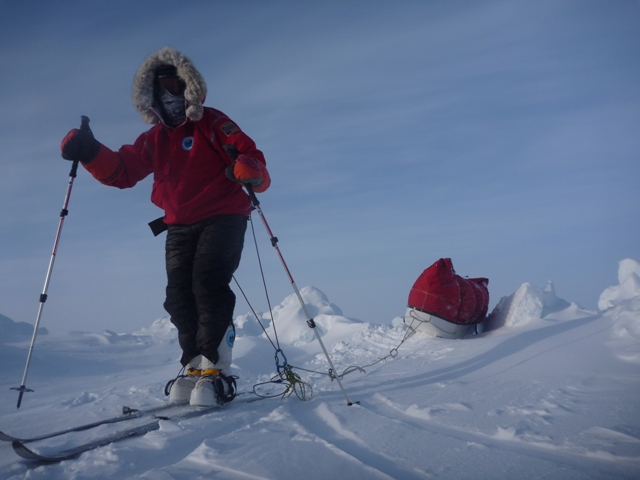 THERE WERE MOMENTS, she admits, when she wasn’t sure she could do it. At one point, the Canadian guide became unwell, a storm came through, and the group was confronted with a jumble of ice piled a couple of storeys high.

“That was the day I was thinking, what on Earth are we doing?” she said. “You just have to take one step after another to get there.” It was times like these Linda said she had to dig “pretty deep”. “There certainly were times when all I could do was just think about the next step and not worry about the big picture too much, because that was too daunting.” They finally made it to their goal on the 26 April.

Having conquered the North Pole, skied to the South Pole in 2004 and crossed the Greenland Icecap in 2007, there is one more box Linda wants to tick. The Patagonia Icecap — which Linda and her husband attempted to traverse last year before being forced to turn back — awaits. “I may or may not do it,” she says. “At this point, I’m just going to go back to my garden and enjoy relaxing and recovering.”

All eyes to the North Pole…

Our arrival at the pole followed a super huge effort to cover miles so that we could reach that magical spot on the earth’s surface before running out of time for the helicopter pick up. The huge effort meant that in the final four days of our trip we had only 5 hours sleep. I have never in my life had to be so focused on achieving a goal and pushing for days, weeks really, to achieve it. That push to the end dominated our experience of the second half of the journey when it became apparent that we needed to step up the pace or risk not getting there. We still managed to appreciate how the icescape was changing as we travelled further and further away from the coast. The ice pans were larger, there were more low or old ridges that were easier to cross and more leads that needed to be swum or rafted or took time for us to walk along till we came to a point where we could cross.

The sun had been below the horizon at the start of our journey, coming up as a glowing yellow ball for 20 minutes on day 3 and increasing height and time till it was in the sky for the full 24 hours, after a month had passed. The sun reduced the amount of frost in the tent, made us warmer, made it easier to see and kept us more cheerful. 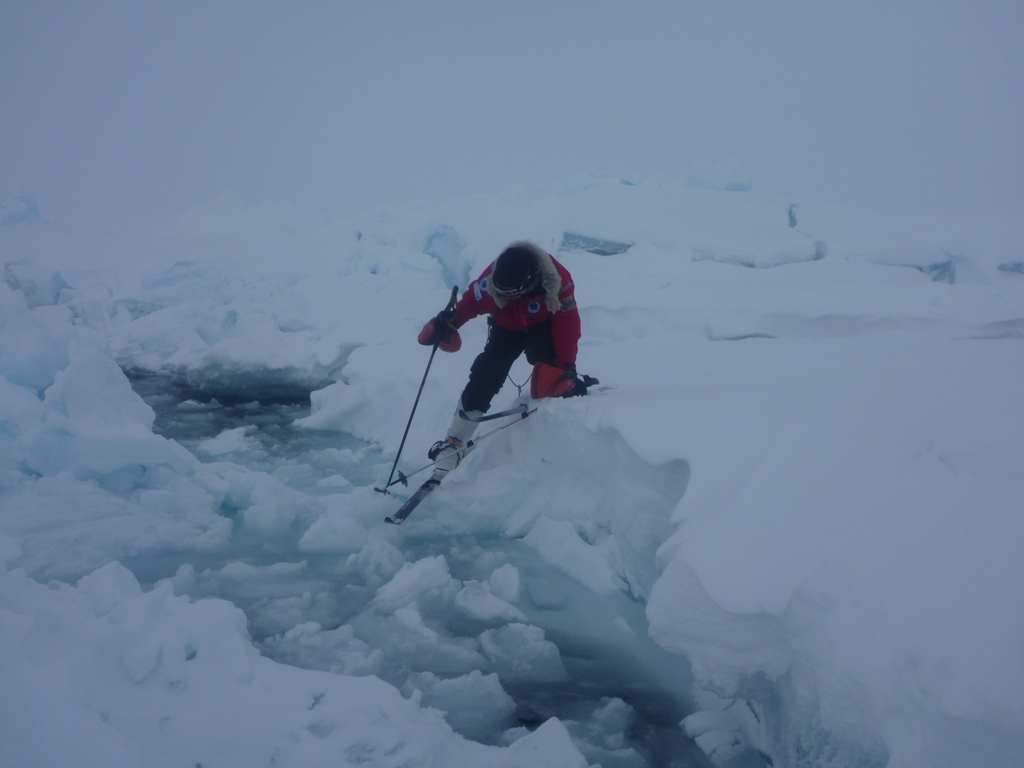 There’s lots we could say but the following snippets are some things we find people usually want to know about:

Thank you to Julie, Bev, Michael and many others who voluntarily gave many hours to setting up the opportunities to link into the expedition

Thank you to the many Bendigo businesses and Keith Sutherland for generously contributing to a fundraising auction.

Find out more about the team 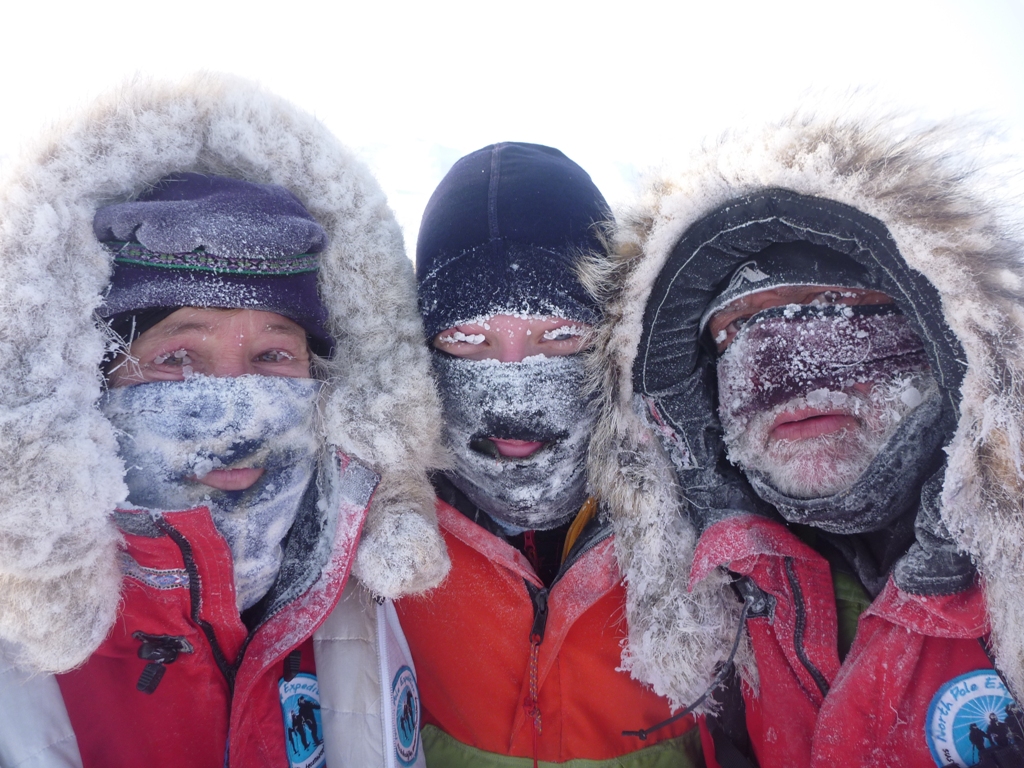